Solar Edition Instagram:
According to solardaily news, Researchers from Chalmers University of Technology, Sweden, have discovered a simple new tweak that could double the efficiency of organic electronics. OLED-displays, plastic-based solar cells, and bioelectronics are just some of the technologies that could benefit from their new discovery, which deals with “double-doped” polymers.
The majority of our everyday electronics are based on inorganic semiconductors, such as silicon. Crucial to their function is a process called doping, which involves weaving impurities into the semiconductor to enhance its electrical conductivity. It is this that allows various components in solar cells and LED screens to work.
Doping in organic semiconductors operates through what is known as a redox reaction. This means that a dopant molecule receives an electron from the semiconductor, increasing the electrical conductivity of the semiconductor. The more dopant molecules that the semiconductor can react with, the higher the conductivity – at least up to a certain limit, after which the conductivity decreases. Currently, the efficiency limit of doped organic semiconductors has been determined by the fact that the dopant molecules have only been able to exchange one electron each.
Professor Christian Muller and his group, together with colleagues from seven other universities demonstrate that it is possible to move two electrons to every dopant molecule.
——————–***——————–
Source:https://tinyurl.com/y7398m79
Photo:www.phys.org ‘All rights to go to the author of the news & image as mentioned above’
——————————————- 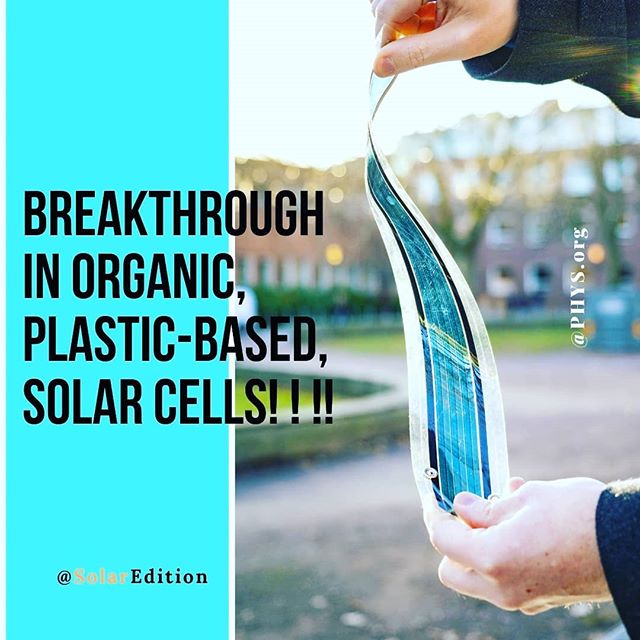 You could call it a modern-age refrigerator with unique capabilities or a solar-powered mighty outdoor cooler with an amazing USP – it doesn’t require ice to keep the contents cold. The theory on which an […]

The current population in Africa reaches approximately 1.3 billion people, of which only 62% have access to electricity. Despite the recent progress, the continent struggles to keep up with the growing population and, hence, meeting […]

The September 2020 list of the most-efficient 72 cell-solar panels has had significant changes, as opposed to last month’s list, with changes in the third, sixth, seventh, eighth, and sixteenth rank. SPIC’s module rose to […]