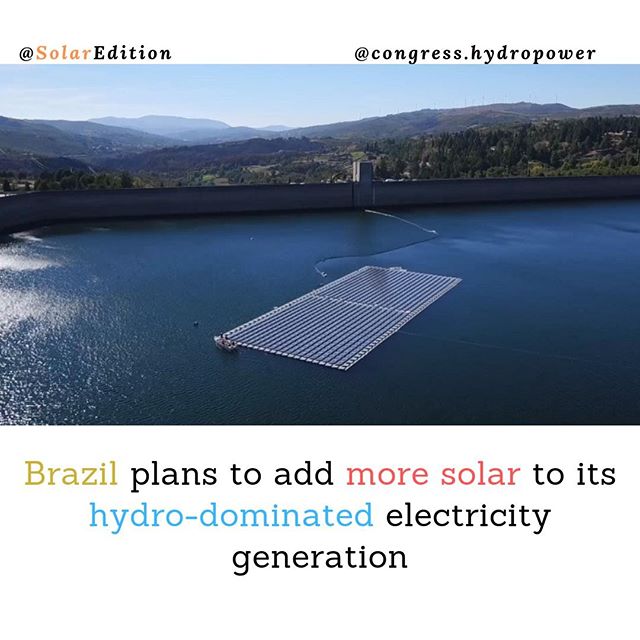 Brazil is the second-largest producer of hydroelectric power in the world, after only China, and hydropower accounted for more than 70% of the country’s electricity generation in 2018. Brazil’s latest 10-year energy plan seeks to maintain this level of hydro generation while increasing the share of non-hydro renewables, particularly solar.
According to Renewable Energy World, Most of Brazil’s hydroelectric plants are located in the country’s Amazon River basin in the north, but Brazil’s demand for electricity is mainly along the eastern coast, particularly in the southern portion. Reliance on hydropower for most of the country’s electricity generation, combined with the distant and disparate locations of its demand centers, has presented electricity reliability challenges.
Brazil currently supports utility-scale PV development through energy auctions conducted by the National Electric Energy Agency with auctions of new and existing projects. The upcoming 2019 A-4 auction—for projects that will be commissioned within the next four years—will admit only renewable generation technologies, including solar PV, wind, biomass, and hydropower. Solar PV accounted for the largest share in the 2018 A-4 auction, with about 800 megawatts (MW) of contracted capacity.
——————–***——————–
Source:http://ow.ly/vWve50uuohP
Photo:http://ow.ly/aZHU50uuohQ
…………………………………….
‘All rights to go to the author of the news & image as mentioned above’
——————————————-

2% Efficiency. Until now, solar cell researchers have concentrated mostly on conventional silicon solar cells and perovskite solar technology separately in order to create products with the highest possible efficiency. Merging the research may be […]

Floating photovoltaic (FPV) was considered a nascent market two years ago. Cumulative FPV capacity had reached 1.3 GW (1300 MW) at that time. However, FPV firstly appeared as an option to extend solar power across […]

The news is short “REC Group Won the InterSolar Award 2020” but it seems that the news has spread fast in the solar PV industry. REC Group has won this prestigious award for stunning features […]