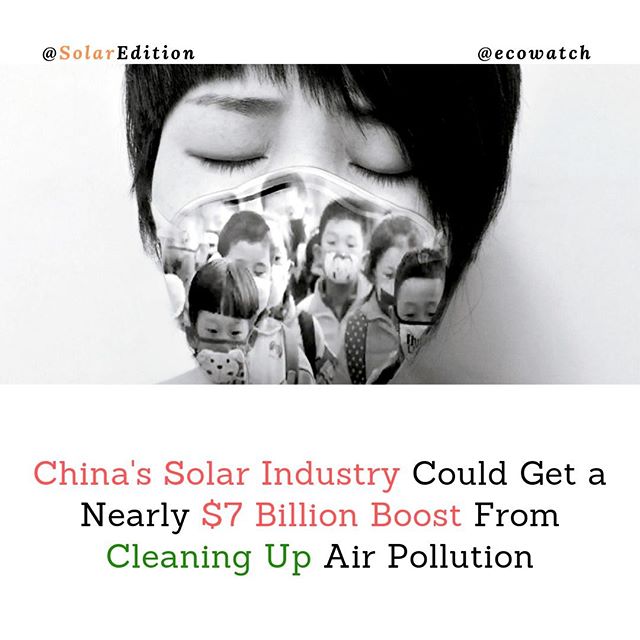 Reducing air pollution is objectively good. In addition to providing huge public health benefits, new findings show it would also give China solar generating industry a big boost in productivity.
According to GIZMODO, the research published in Nature Energy reveal that decades of increasing air pollution have decreased the potential amount of solar power generated in China by up to 15 percent by blocking sunlight from reaching the ground. But the good news is that winding down pollution to 1960 levels would clear the air and ramp up solar production that will be crucial in curbing climate change.
China’s huge industrial manufacturing sector and reliance on coal power has created a pollution crisis. It’s also responsible for thousands of deaths each year with an estimated 38 percent of Chinese citizens exposed to unhealthy air on the regular. That alone is enough to justify China’s more stringent air regulations, but the new findings have uncovered what the researchers call an “electricity bonus.”
The findings show if China were to clean up air pollution to match 1960 levels while ramping up its solar generating capacity as expected, it could cash in on that electricity bonus by generating up to 74 terawatt hours more solar electricity by 2030 compared to if pollution stayed at 2015 levels. It would also boost utilities’ bottom line by up to $6.7 billion. China isn’t alone in facing these challenges either with other countries—particularly India—potentially forfeiting billions in solar power losses to polluted air.
—–***—–
Source:http://ow.ly/CafT50uWgVI
Photo:@ecowatch
—————

See also  Bi-Facial Technology About To be The Mainstream Of Solar Power Generation?

August 2020 list of most-efficient 72 cells solar panels has only one change compared to the July list. The list did not change from the first to the seventh rank, however, the main competition was […]

The most efficient solar panel list of February 2021 has two new entries and four changes in the most-efficient list. These new entries have taken the previous positions of their competitors with higher power output […]

Today we have a special post for you, a video post that tells us about the history of solar panels that we do have today in an era that can rightfully be called the era […]