According to 9to5google news, Google has announced that some of the largest-ever solar panel projects in both Alabama and Tennessee are underway, and they’re being built to power Google data centers in each state. “Collectively, the two solar energy companies will put up 1.6 million solar panels on the two parcels, representing the biggest solar installation in both Tennessee and Alabama and the largest solar farms ever built for Google. Combined, the two new facilities will be capable of generating up to 413 megawatts of electricity at peak periods from the sun” Times Free Press reported.

The Alabama farm is 150 megawatts and will be built in Hollywood, Alabama by NextEra Energy Resources to power the nearby data center that Google broke ground on in April of last year. NextEra will sell the power to the Tennessee Valley Authority to power the data center. ——————–***——————–
Source:https://tinyurl.com/ybewvdn5
Photo:www.9to5google.com
…………………………………….
‘All rights to go to the author of the news & image as mentioned above’
——————————————- 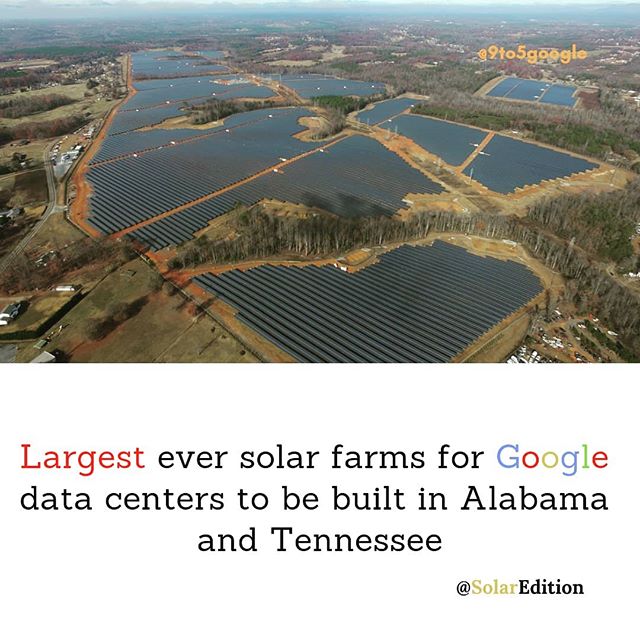 Bitcoin mining could even be subsidizing the development of renewable energy generation, thanks to the ability of mining facilities to move their operations to wherever the cheapest—and likely under-utilised—electricity is available. According to Bitcoinist news, […]

The World’s tallest concentrated solar power tower (CSP) will be called Asharq Al-Awsat Ar and will be 262.44 meters tall. This tower is part of the fourth phase of the Mohammed bin Rashid Al Maktoum […]