As states consider the compatibility of utility-scale solar projects on farmland, Michigan Gov. Gretchen Whitmer’s administration is revisiting a state policy that the industry says has acted as a barrier.

According to RenewableEnergyWorld, Michigan’s Farmland and Open Space Preservation Program provides tax incentives to landowners who keep land under contract for agricultural practices for decades. In 2017, under former Gov. Rick Snyder, the state issued a policy saying commercial solar development is not compatible with the program, and landowners would have to end their farmland preservation contracts if they entered into commercial solar leases.
Farmers can exit the preservation program under a variety of conditions. However, doing so in most cases means paying back the previous seven years of tax credits plus 6% interest. This has been a barrier for farmers interested in commercial solar leases.

Under Whitmer, the Michigan Department of Agriculture and Rural Development is reviewing the policy, looking at both short- and long-term solutions for farmers interested in solar leases. The process could result in legislation requiring solar projects on preservation land to include agriculturally compatible features, such as raised panels allowing for grazing or shade-tolerant crops. The agriculture department administers the preservation program. ——————–***——————–
Source:https://tinyurl.com/y2mz6jth
Photo:www.renewableenergyworld.com
…………………………………….
‘All rights to go to the author of the news & image as mentioned above’
——————————————-
sustainableagriculture 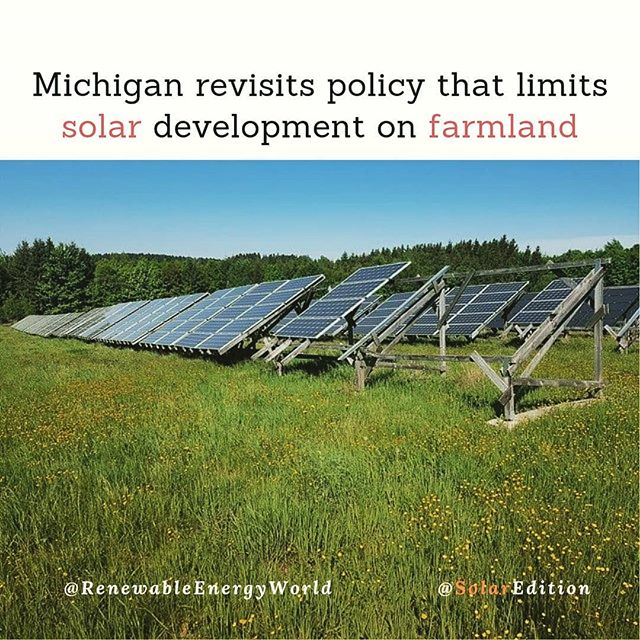 The annual added renewable energy capacity in 2019 reached 176 GW. Solar photovoltaic (Solar PV) by far was the leading technology which has allocated more than half of the capacity. Solar PV accounted for 97 […]

The Intersolar Exhibition has had a long history since 1991. Intersolar was founded in 1991 to actively promote the development of solar technology. It began a single-day event, organized by members of the Working Group […]

The term efficiency is stated a lot about solar panels so that Many people consider efficiency to be the most important criteria when selecting a solar panel but what matters more is the quality. Quality […]