Solar Edition Instagram:
According to SolarDaily news, researchers from Georgia Institute of Technology, University of California San Diego and Massachusetts Institute of Technology have reported new findings about perovskite solar cells that could lead the way to devices that perform better.
“We knew from earlier work that adding cesium and rubidium to a mixed bromine and iodine lead perovskite leads to better stability and higher performance,” said Juan-Pablo Correa-Baena, an assistant professor in the Georgia Tech School of Materials Science and Engineering.
They discovered that when the cesium and rubidium were added to the mixed bromine and iodine lead perovskite, it caused the bromine and iodine to mix together more homogeneously, resulting in up to 2 percent higher conversion efficiency than the materials without these additives.
The researchers also observed that while adding rubidium or cesium caused the bromine and iodine to become more homogenous, the halide metals themselves within their own cation remained fairly clustered, creating inactive “dead zones” in the solar cell that produce no current.
“This was surprising,” said David Fenning, a professor of nanoengineering at the University of California San Diego. “Having these dead zones would typically kill a solar cell. In other materials, they act like black holes that suck in electrons from other regions and never let them go, so you lose current and voltage.
——————–***——————–
Source:https://tinyurl.com/y88hjjo2
Photo:www.solardaily.com
…………
‘All rights to go to the author of the news & image as mentioned above’
——————————————- 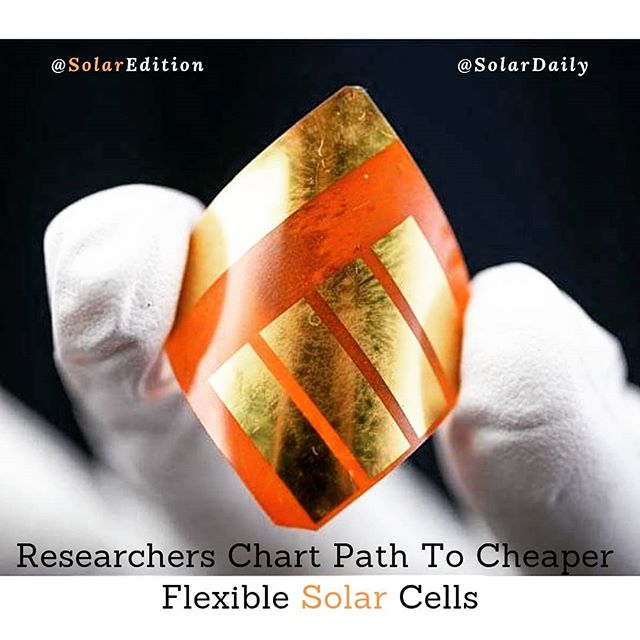 The solar installations / PV globally through the end of 2019 stopped releasing 720 million tons of CO2 into the atmosphere. This amount was 2.5 times more than in 2018. The global CO2 emission reached […]

Concentrated Solar Power (CSP) has the potential to bring energy to remote areas of the world. The sunshine is reflected off rows of mirrors onto a central tower & concentrates a big amount of solar […]