According to SCIENTIFIC AMERICAN news, The tidy rows of gleaming solar panels at Pine Gate Renewables facility in southwestern Oregon originally sat amid the squat grasses of a former cattle pasture. But in 2017 the company started sowing the 41-acre site with a colorful riot of native wildflowers. The shift was not merely aesthetic; similar projects at a growing number of solar farms around the country aim to help reverse the worrying declines in bees, butterflies and other key pollinating species observed in recent years.

More than half of native bee species in the U.S. have seen their numbers drop sharply since 2005, with almost 25 percent now at risk of extinction
The U.S. is expected to convert six million acres of land to solar installations before 2050, according to the National Renewable Energy Laboratory (NREL). Some researchers see this as an opportunity to reclaim land for pollinating species by replacing the usual grass or gravel at these sites with wildflowers that need insects to pollinate them, and that produce the nectar those insects eat. “If we can create some habitat where there wasn’t habitat before, like on solar farms, we can likely have a positive impact,” says Scott McArt, an entomologist at Cornell University. ——————–***——————–
Source:tinyurl.com/y9sdplo9
Photo:www.scientificamerican.com
…………………………………….
‘All rights to go to the author of the news & image as mentioned above’
——————————————- 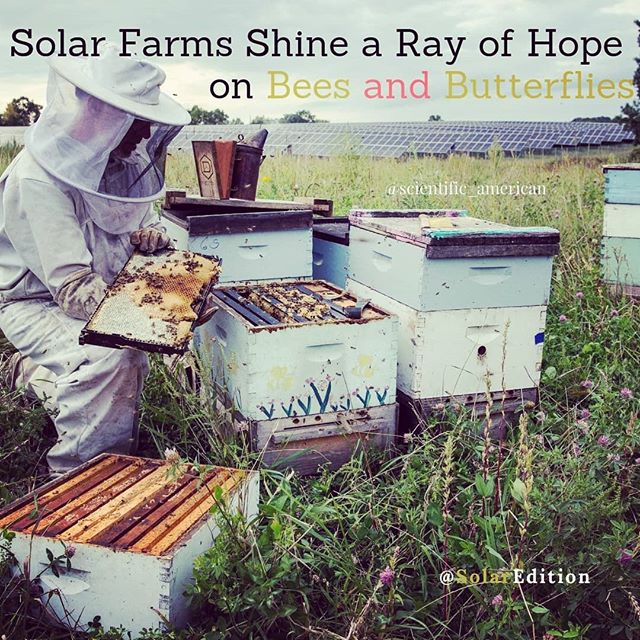 Climate change has massively affected the melting process of polar icebergs which also leads to rising sea levels. The Netherlands, as a country with “low altitude” that is “connected directly to the north pole” by […]

Danish renewable energy company, Aalborg CSP, received a new order to deliver a 2.6 MWth solar-thermal plant in Denmark. With the system in Egedal, Aalborg continues its series of new projects based on customized solutions […]

About 75 percent of all solar PV systems in Germany are roof-mounted, and 25 percent are installed in open areas. The share of building-integrated solar modules, or BIPV, is still rather small, which is quite […]