Elon Musk recently declared 2019 as the “year of the solar roof.”
The Tesla Inc. chief executive officer may be right — but not in the way he’s expecting. While the automaker tries to ramp up production of its textured glass, solar cell-embedded rooftop tiles, another group of formidable rivals is emerging: roofers.
According to Bloomberg news, one of the largest roofing companies in the world has begun offering its own version of a solar roof — essentially panels laid right up against the top of a house and surrounded by shingles. Standard Industries Inc. has received 200 orders for its product so far and expects to ship 2,000 this year, said Martin DeBono, president of the company’s GAF Energy.
It’s direct competition for Tesla, which has until now been the only major game in town when it comes to solar roofs. Industry stalwarts Sunrun Inc.and Vivint Solar Inc. affix panels atop roofs instead. A move by the construction industry into the solar-roof space challenges a business that Tesla has struggled to get off the ground since a high-profile launch in 2016 — and threatens economics across the rooftop industry as solar customers come cheaper for builders already contracted to install roofs.
As for GAF Energy, the company expects to ship about 10 megawatts of solar systems this year in nine U.S. states including California and New York. ——————–***——————-
Source:https://tinyurl.com/y4eajsbr
Photo:www.bloomberg.com
‘All rights to go to the author of the news & image as mentioned above’
——————————————- 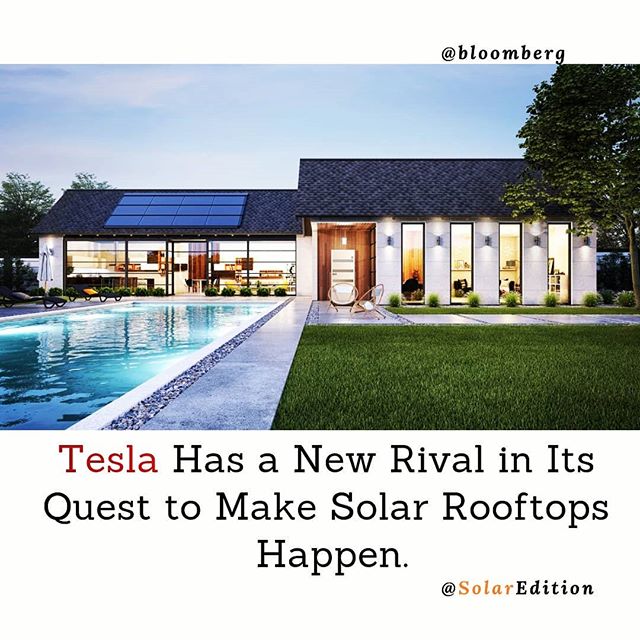 China’s Solution for Future of FPV is Hybrid FPV + Hydropower

The World Bank estimated that there is a 400 GW global market capacity for floating photovoltaic (FPV) projects under conservative estimations, which is equivalent to the complete world cumulative solar capacity by 2017. This estimation […]

Solar Installations Are Valuable Things For Their Owners And Burglars

Solar power, with its promise of emissions-free renewable energy, boasts a growing number of fans. Some of them, it turns out, are burglars!!! Although the stolen solar panels have little resale value and aren’t useable […]