According to oilprice news, Solar developers and investors may have to brace for solar panel costs to start rising after a 30-percent plunge last year. The period of ultra-cheap solar panels is over, according to the president of one of China’s largest solar panel manufacturers.
The party is definitely over, Eric Luo, president of China’s GCL System Integration Technology, told Reuters, commenting on the super-cheap solar components on the global market.
According to the Chinese manager, solar panel prices have already stabilized and are expected to rise by 10-15 percent within two years.
China surprised everyone in June 2018 by announcing that it would not issue approvals for any new solar power installations in 2018 and would also cut subsidies. The major shift in Chinese solar policies led to local manufacturers flooding the global solar panel market, creating a glut and pushing prices down.
As a result of this, solar panel prices plunged by 30 percent last year. While this jeopardized smaller Chinese manufacturers, the ultra-cheap solar panels created a windfall for solar developers and investors in solar photovoltaic (PV) installations around the world.
The market, however, has started to adapt to these disruptions and prices of China-made solar panels are expected to rebound by 10-15 percent over the next year or two, because the Chinese solar manufacturing market is heading to consolidation as small producers suffered the most from China’s solar policies, Luo told Reuters.
——————–***——————–
Source:https://tinyurl.com/y7sjh5g5
Photo:www.oilprice.com
…
‘All rights to go to the author of the news & image as mentioned above’
——————————————- 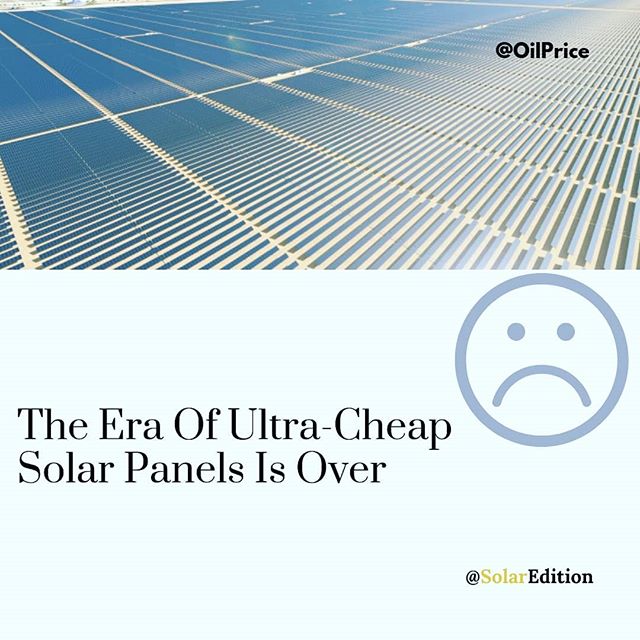 Perovskite is a crystalline mineral that occurs naturally somewhere out in the Ural mountains. Lab-grown perovskite variations are relatively inexpensive and easy to synthesize. That, combined with unique optical superpowers, has made perovskite solar cells […]

According to PV-Tech news, China will have a subsidy-free solar market with clear policies and frameworks in place, beginning in 2021 that is based on a consultation paper of Asia Europe Clean Energy (Solar) Advisory […]