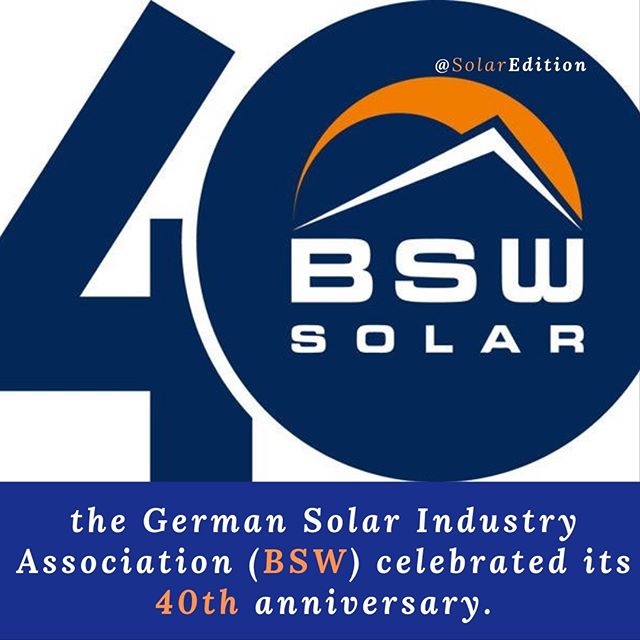 In the context of The smarter E Europe, the German Solar Industry Association (Bundesverband Solarwirtschaft BSW) is celebrating its 40th anniversary.
Since its foundation at the end of the seventies, the BSW and its preceding associations have promoted the introduction of photovoltaics, solar heat and storage systems, and contributed to many achievements in these areas.
The anniversary celebration was both a retrospective and a look forward, as numerous energy policy challenges still await in the future. —-***—-
Source:@SolarEdition
Photo:@SolarEdition @intersolar_events
———–

Adaptable Home Brings Together Multiple Generations Under A Solar Roof

According to Inhabitat news, This home is an adaptable 358-square-meter home spread out across three floors and designed to harmonize with its surroundings. Moreover, the Kew East House was also crafted with a reduced energy […]

World Bank Group has set up a “global international partnership” to support the deployment of energy storage systems (ESS) in developing countries, just a few months after committing a US$1 billion sum to the sector. […]

Dust is one of the greatest environmental hazards for Solar Energy

what can limit the performance of PV systems? One of the possible answers is “Dust” or other forms of soiling that accumulate on the glass surface of solar panels, obscuring light from the cells within. […]